Duke University’s Homecoming Football game was played against the Orangemen from Syracuse. And with only the score to go on it was pretty much a drubbing. 33-6 final score. On the morning of the game a huge crowd turned out in downtown Durham to cheer on the home team and celebrate Duke’s annual homecoming festivities. You can relive that pre war collegiate procession at the Retrochrome Flickr feed, but here are couple of highlights. 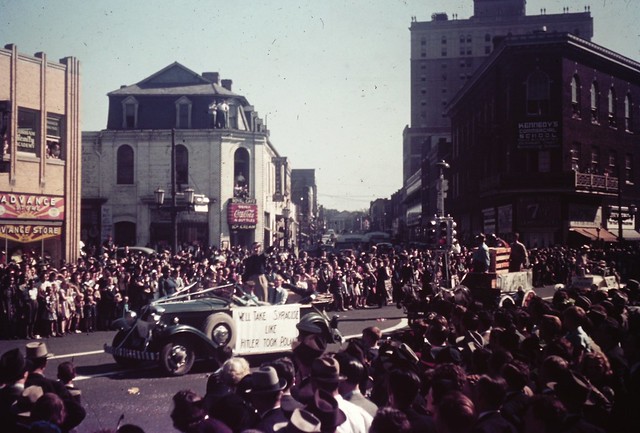 Hitler made an appearance at the parade with a sign on the side of the car proclaiming “We’ll Take Syracuse like Hitler Took Poland.” The amazing thing is according to the Duke Yearbook’s coverage of the Duke Homecoming another Hitler made an appearance at the game. I can’t be sure if it was a different student portraying Adolf, but he was in a different car. You can see that photo here. The signs on this car: “Over There – Hitler’s Guns Win! Over Here – Duke Devils Win!” Looks like the student’s in the yearbook picture didn’t really commit to the roles as well as the group in the parade. In the Chanticleer you also see another photo of one of the floats at the parade that you can see in the Flickr album. 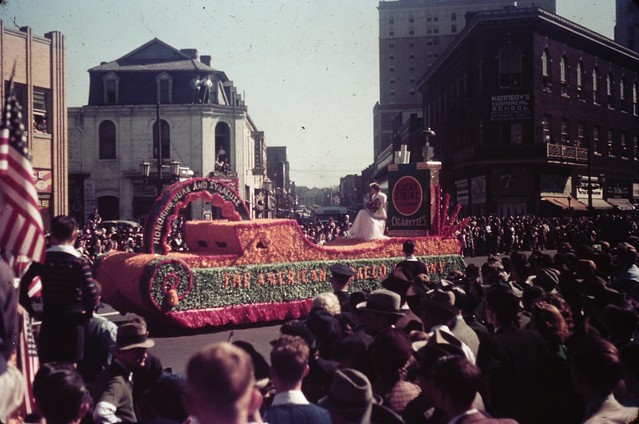 Back in this day Tobacco was king in Durham and American Tobacco was a proud supporter of the city Tobacco built. Here’s the Lucky Strike Queen in all of her glory. I can’t tell from this photo, but I hope she’s smoking a Lucky. I especially admire the giant pack of smokes behind her. 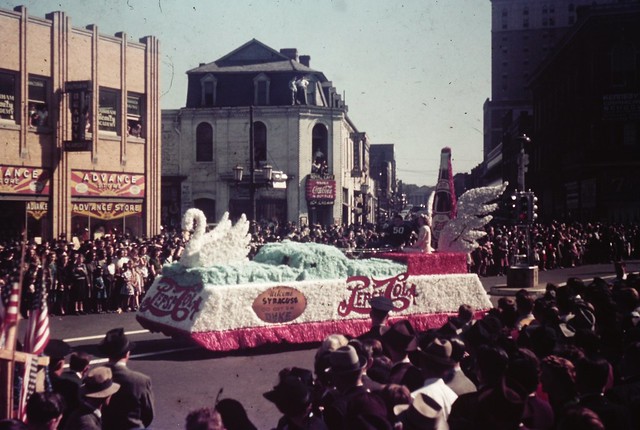 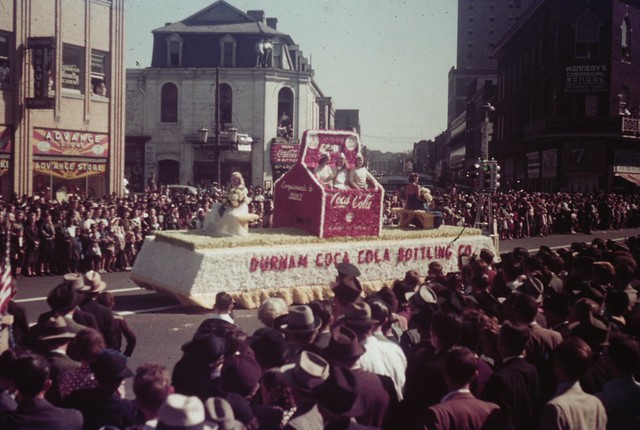 And then there are the competing Pepsi and Coca Cola floats.

They just don’t make local parades like this anymore. See more here. Let me know your favorite or if you have any other information about the parade. Where you there? Someone you know go to Duke or live in Durham at the time?

This blog post in no way endorses the use of Hitler or Satan as mascot for any parade float.